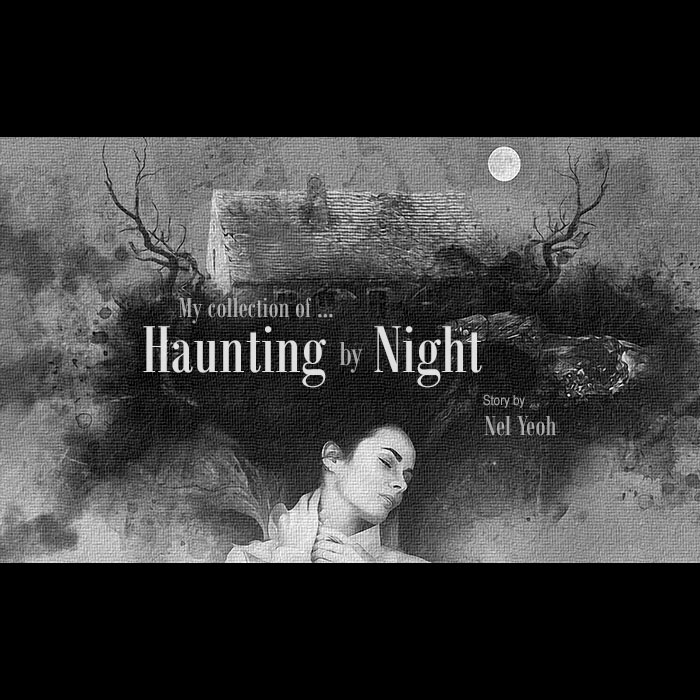 Angie saw the reflection on the microwave door. It showed Bret slipped a paring knife behind him at his belt underneath his untucked shirt. He was wary of Angie unusual tidiness in the kitchen. “You must be busy preparing today’s dinner, darling,” Bret asked. “I want tonight to be perfect. We could use a little spark in our relationship sometimes. It’s better sooner than later.” “Yes, of course.” Bret agreed.

Angie placed the dishes and invite Bret to the dining table. She knew Bret watched his back from the reflection of the kitchen window’s glass panel. It’s to provoke her like she would do to him. “How’s mom?”, Bret started a friendly conversation. “Don’t worry. She will be healthy in your lifetime,” in a hostile tone. “It’s not what I meant,” Bret explained. “I didn’t say you did. It’s odd you enjoy asking something without good reason all the time.” Angie sound irritated, “I know you don’t like her.” Silence came between them as they both ponder if it’s better to be sooner than later.

Bret finished his meal. He stood up and walked to the sink to wash his plate. Angie wasn’t watching him. Her hand gripped the unlocked firing pin pistol hidden beneath the table. It’s barrel pointed between Bret’s legs where she had intended it to hurt the most for her pleasure. She wanted to pull the trigger when Bret turned around, “We talk about this later again.” Angie replied, “Sure.” Bret left the kitchen. She discovered the missing paring knife was back at its holder beside the sink.

Angie stood up to open the oven door. Turned on the gas. She walked out of the house and never looked back on her life since the day. The house they lived in for years blew up in flame. All you need is a spark at the right time to ignite a hellfire. Angie despised Bret’s smoking habit after dinner.

Love and hate relation in secrets and lies; truth would be cheaper. 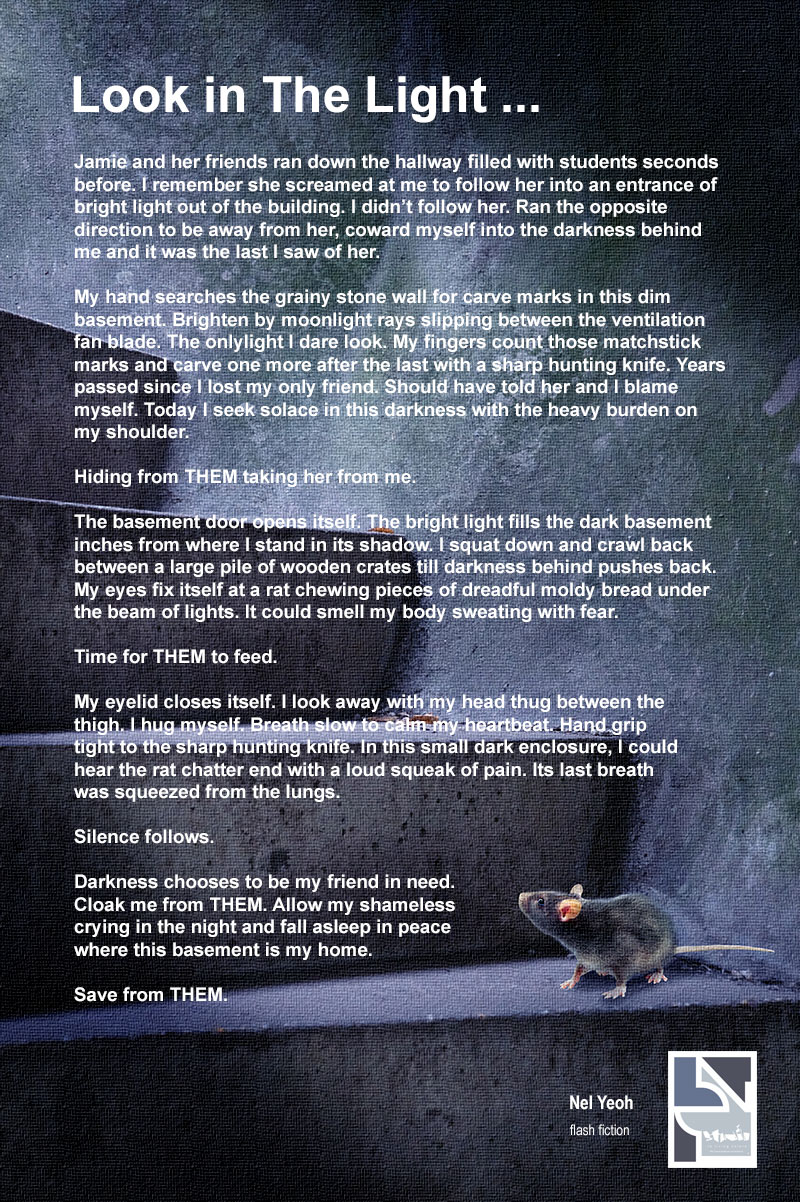 Jamie and her friends ran down the hallway filled with students seconds before. I remember she screamed at me to follow her into an entrance of bright light out of the building. I didn’t follow. Ran the opposite direction to be away from her, coward myself into the darkness behind me and it was the last I saw of her.

My hand searches the grainy stone wall for carve marks in this dim basement. Brighten by moonlight rays slipping between the ventilation fan blade. The only light I dare look. My fingers count those matchstick marks and carve one more after the last with a sharp hunting knife. Years passed since I lost my only friend. Should have told her and I blame myself. Today I seek solace in this darkness with the heavy burden on my shoulder.

Hiding from THEM taking her from me.

The basement door opens itself. The bright light fills the dark basement inches from where I stand in its shadow. I squat down and crawl back between a large pile of wooden crates till darkness behind pushes back. My eyes fix itself at a rat chewing pieces of dreadful moldy bread under the beam of lights. It could smell my body sweating with fear. Time for THEM to feed. My eyelid closes itself. I look away with my head thug between the thigh. I hug myself. Breath slow to calm my heartbeat. Hand grip tight to the sharp hunting knife. In this small dark enclosure, I could hear the rat chatter end with a loud squeak of pain. Its last breath was squeezed from the lungs.

Darkness chooses to be my friend in need. Cloak me from THEM. Allow my shameless crying in the night and fall asleep in peace where this basement is my home.

Grief can’t be shared. Everyone carries it alone. His own burden in his own way. – Anne Morrow Lindbergh 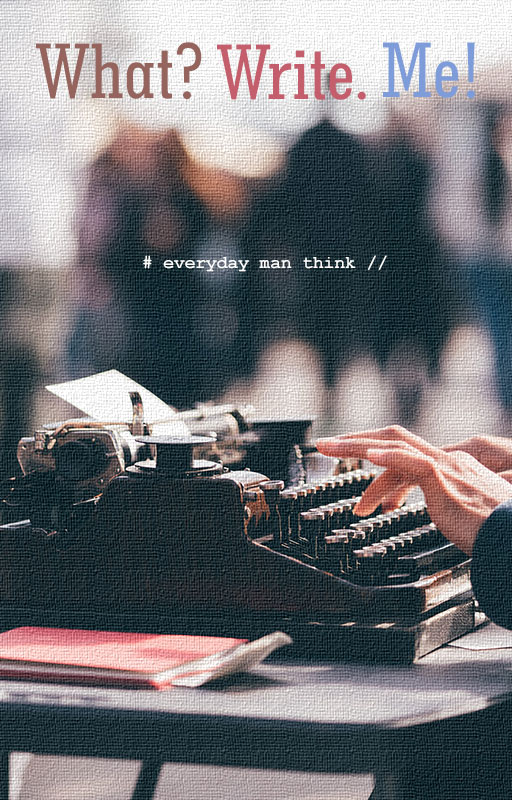 I came to this world in the 60’s. It’s only now I start talking to the world. Words weren’t my first preference of expression when I was a kid growing up in an average family. Though I am imaginative and artistic nature. I learned money is everything in life, and that’s what makes a man – it’s not. Money is life’s necessity. Value is the price tag people pay for everything.

Life is a never-ending cycle of creative indulgence with words and images. So I am. A scrapbook of worthy thoughts into tangible ideas. It’s easy to understand when things are simple. Not necessary organize, but able to understand and develop. It gets complicated when words become images in the mind. Should it not be when we look with our eyes and see with our mind. Speaking literary from the mind. Visioning what we understand.

I keep posting here to a most of 500 words. They are brief, clear and expressive. My mindless writing makes me more human than human themselves. It’s a process when I write whatever comes to mind in first person voice. Making writing a self-discovery experience. My wondering journey without a destination is another day in a life. 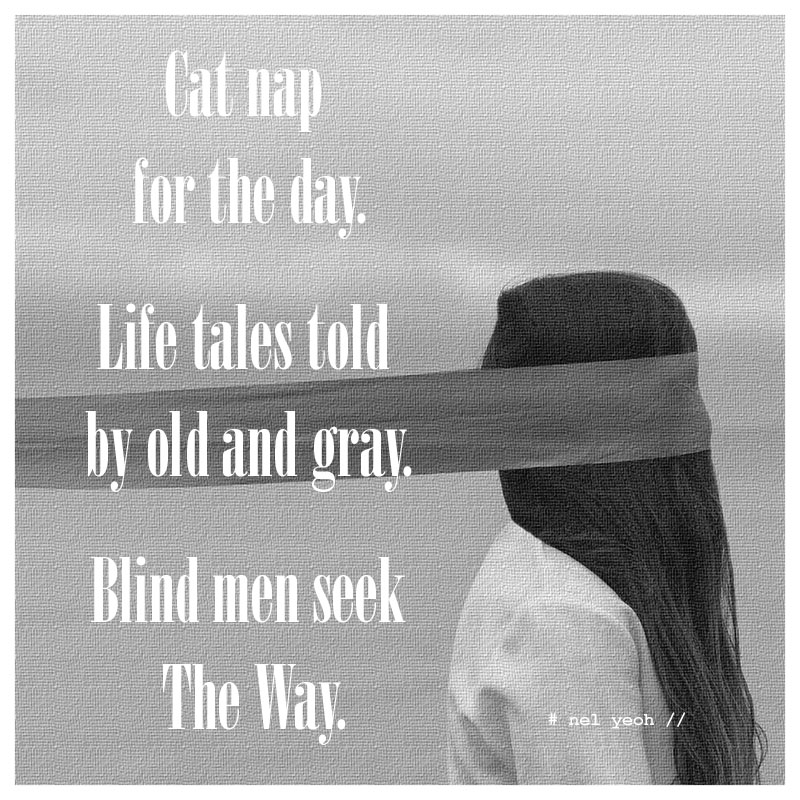 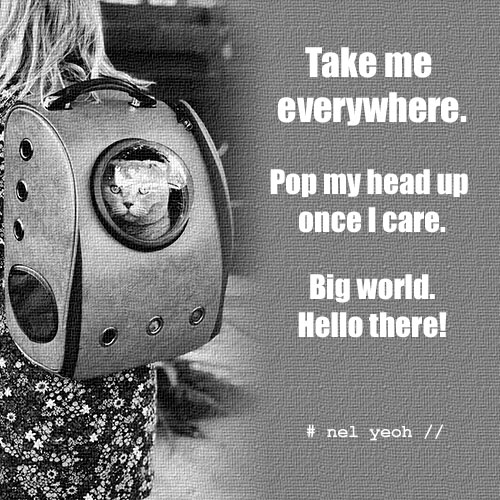 Take me everywhere.
Pop my head up once I care.
Big world. Hello there!

Writers remember everything … especially the hurts. Strip a writer to the buff, point to the scars, and he’ll tell you the story of each small one. From the big ones you get novels. A little talent is a nice thing to have if you want to be a writer, but the only real requirement is the ability to remember the story of every scar. Art consists of the persistence of memory.

“It would be nice to know how you did it to me, but I assume you can’t!!!”, frustrate over my dumb demon son’s occult practice, “Now, I have to pick up pieces of myself scatter all over this floor.” My left hand start to crawl itself towards my head laying at the far end in the reading room to find my remains. “You are going nowhere when I fix myself up!!!”, my eyes fume of red burning flame, stake him then and there. I float before him in a single body after the misfortune incident, reminding him “Even the devil himself hide from me.”, I grin at him, “You’re lucky to be my only offspring, else I would banish you here and now from this dark existence. The only dreadful life you ever known.” My middle finger with long and sharp nail slid his cheek for blood to taste, “Fear be my pleasure.” My back fingers run over his pale cold face to hold his chin between the thumb and index finger, “You know I love you.” Tears flow from his eye’s corner onto the ice cold stone floor where we stand close together. “Yes, father of darkness.”, he plead. 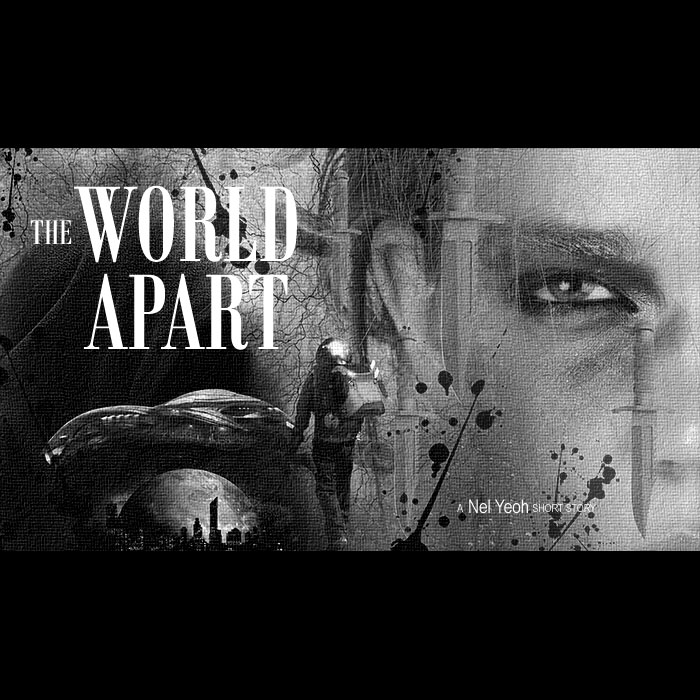 Captain Sora-san is interrupt by his assistance voice, “Madam, witness confirm the description of her entering this forest.”, in her own worry tone to herself, “What was she thinking? She is too young to meet death on her own.”, and give the final order for her men and their dog to come out of the forest before dark. “Yes, madam.”, confirm his assistance. Captain Sora-san close her eyes, puzzle and imagine her last few steps in this world is on a bridge she cross over to the dark forest on a beautiful backdrop of golden sunset. Elders believe voices lurks in this forest’s darkness. Here is where insanity live in a universe beyond any sane man’s imagination. They speak to you of your past to feed your grieve in the present. Death is no stranger and pass no judgement to the ones who was and is here today, or tomorrow for their home. Most soul roam in peace but some fill with rage. They are elusive to the naked eyes, but the promise one can hear them stomp and weep their pain in the night to a full moon above them. She question herself, “Is she here to meet him?”, and quickly return to the park four-wheel military vehicle with his assistance inside waiting for her. Her assistance gave a long, weary sigh and ask, “Madam, would we come back for her?”. Captain Sora-san tone is unquestionable, “No one must know.”. They turn the vehicle around and head back to the camp. Leaving the dark forest behind them as the past. It is pain to leave her walk a destiny alone for us, but she believe the future belong for the bold to change. That child might be their last hope to save humanity as foretold by the great I-Ching oracle. 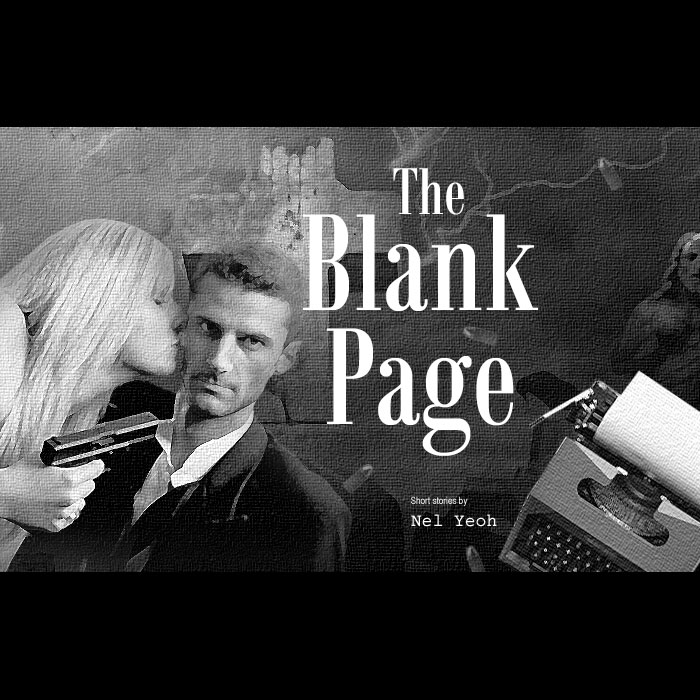 I feel the pain of a knife pierce through my heart each time the shovel thrust into the soil. Every scene written on these pages is annotate with vivid explaination to bring life back from my death. My dirty forehand wipe drips of sourish sweat from my mouth. I throw the shovel into the moist ground. The shovel blade bury itself halfway with its handle stuck upright, stand there under the full moon tonight like a tombstone for a burial ground. Death is art in the eyes of the beholder. I repeat those last words he screamed at me, “Nothing personal. It’s business.”, and stroll back to the car. In my thought, “You’re hiring a new publisher agent?”, I grin, “It’ll be Stranger in The Night.”, the perfect plot for my one and only fan, “You.” My hire killer gave me his sweet and caring smile. I kiss him back. 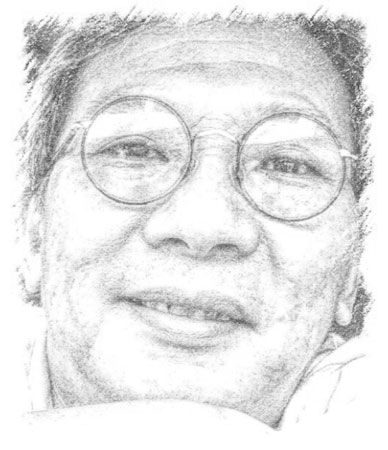 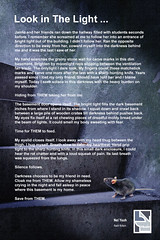 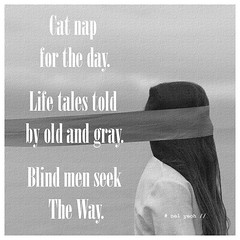 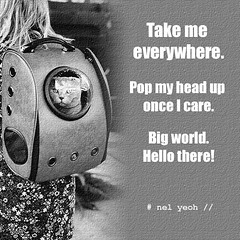 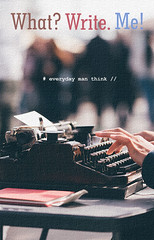 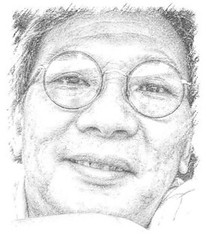 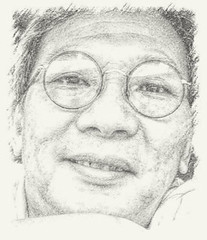 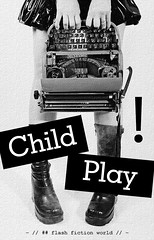 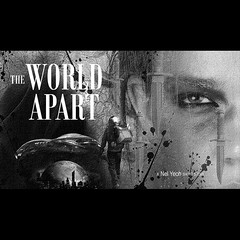 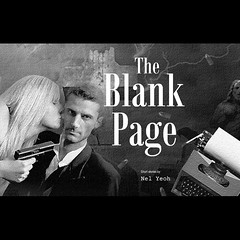 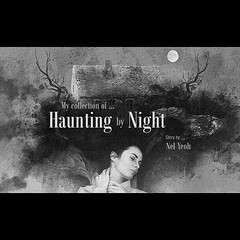